Fifty Shades of Grey and the Philippine Cinema: Havoc, Intrigue and Limits

Started online as a fan fiction inspired by the “Twilight Saga”, this British novel outlived the controversies and rose to fame as one of the best selling pieces ever written in the history of literature. Like its inspiration, E. L James made it in trilogy and in 2011, the world fell in love with its two characters, the innocent student Anastasia Steele and dominant billionaire Christian Grey. We all know, that their story is not the usual flowers-and-sweets kind but of the so-called BDSM (Bondage, Dominance, Sadism, Masochism). Those kind of relationships were viewed as perversion by moralists and conservatives but Fifty made readers understand that not all who indulges in such acts were immoral. What sets this from porn was its artistically written plot that bridges between breaking the limits of sexuality and the sensuality of feeling true love in the midst of sexual exploration and dominance. Having read all the books of the trilogy in the past, I, myself also fell in love with Mr. Grey, his dominance and mysteriousness reached high levels that spread like a virus to those who read the book. The unusual sexual encounters they had have broken bridges of sexual imaginations and fantasies among the fans. Now that it was adapted in the big screen, it is again a new phenomenon. When Columbia Pictures released the trailer last year, everyone in the world felt an excitement and frenzy of finally seeing their favorite characters to life. The much awaited moment had come as Jamie Dornan and Dakota Johnson melted our eyes though they were not really the actors we were dreaming of to play those iconic roles. The Philippines, a very conservative country in terms of sexuality must face the conflicts among the government – MTRCB ( Movie and Television Classification Board), the companies of major Cinemas and the fans of this ground breaking movie adaptation (for the country).

It was said last year that this would be shown in in rated-16 but earlier this year, the MTRCB revised their final decision and made it R-18 which is strictly for adults only because of the nudity, strong language and sexual aberration. As a result, the largest Cinema chain in the country which is SM Cinema took the verdict of not showing it in all their branches nationwide because they do not show movies of that rate. Then came the day of its release, February 11. The Filipino citizens were divided into two: First are those who feel uneasy with their brows up due to the genre and second, those who were excited and open because they were enthusiasts of the story having read the novels in the past and understand the real essence of such strong scenes, ones who cherish the story more than those highly erotic scenes.

Yesterday, I messaged my close friends in the Philippines asking how was it like watching the film we were patiently waiting for and if it was really shown in blurred and screen blocks. Their answer was yes. The bed scenes were even blackened and I can’t understand why they gave it on R-18 and have to do such tampering. Really, I respect MTRCB but the movie was for adults, they had it hammered but they should have at least preserved those scenes for the fans and readers  who were for a long period of time imagining what it could be outside the fantasy. In the first place, it is rated-18, 18 years old, adults.

As for those negative and condemning posts of Pinoy netizens on social media, I feel them because I understand that we live in a religious and Christian country, divorce and abortion were even illegal and I am proud. On the other side, I think Filipinos should also be open-minded about these issues now and as my friend said, it depends on who would watch and how they will handle the thoughts. Seeing bondage and sadism is perversion, yes, let us say it is but after reading the second book, I felt the empathy of why Christian behave like that and how hard it is to live in a life where you can’t control yourself while you can control everything in your world.

The love story is a modernized way of a fairy tale where ordinary girl met an almost perfect man. Dakota and Jaime trully gave justice on their roles especially Dakota with eyes ever charming eyes, it would really be a pain in the heart seeing that kind of angelic face having tied. Let us put away the intrigues, Fifty Shades of Grey for us is a story of learning to love beyond vulnerability and sensuality revolving around sexual exploration with acceptance of whom you will fall in love with. -FAF 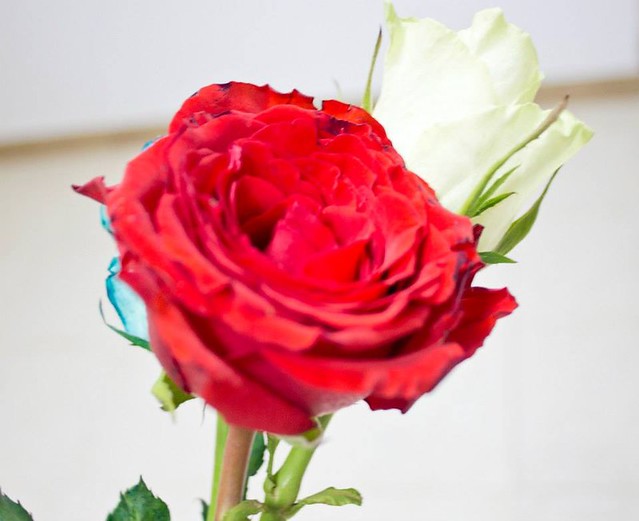